TEXAS​-​TRASH NETWORK, VOL. 1: WE Are The Asteroid​/​Test Apes split single 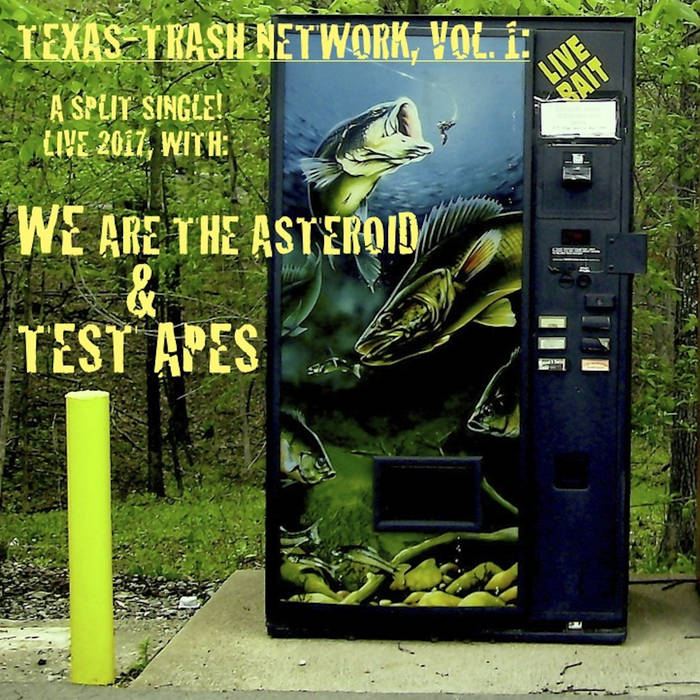 WE ARE THE ASTEROID

"Peel Out" is a Max Brody song off his 2017 release, "High Strangeness In Stereoscopic Sound", but is being adapted to become a TEST APES song soon (its not out yet).

These guys are all old friends. It seems like a lot of folks from that scene have moved away from Austin now...for whatever reasons. Max and Danny each wound up moving to the Pacific Northwest. But Austin musicians keep in touch and support each other in their new endevors when they can. Such is the case with this compilation. Follow these two fine bands on social media and come out to the shows! ...These are veteran musicians from Austin's famed underground scene, that are still touring & still creating!

Video version, put together by Brody, and can be seen here: