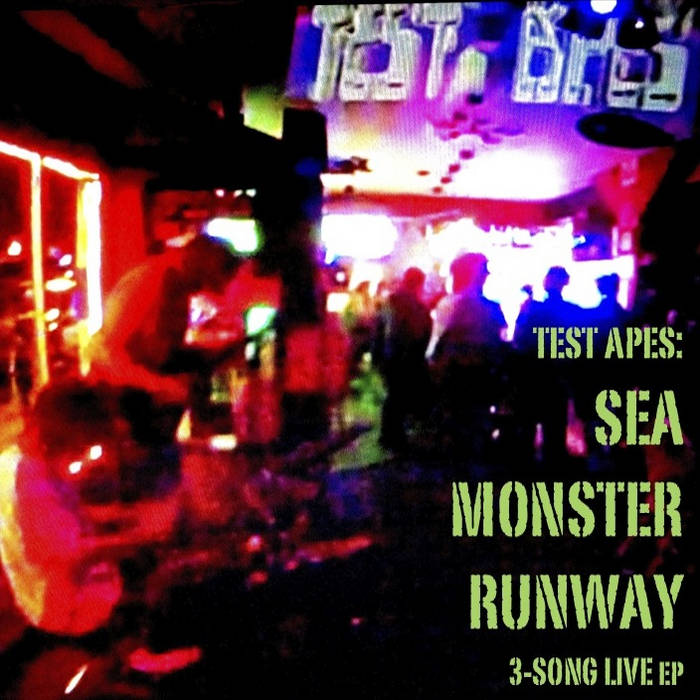 We came to our first gig (tah-dah!) with about 40 minutes of material-- sorta rehearsed. Like 3 times? Maybe 4? I know we were of the mindset like, that this was our first one, and we were just gonna have to take our lumps and learn form it.

When we got there, we were told we had as much as 2 hours, if we wanted it...gulp!

So we decided to man up, take advantage of that time and stretched out improvisationally for about an hour, then ran through our set of tunes. Looking back the next few days, we felt like some of the improvised stuff was more fun to play than the songs-- which were ok and all, and we played them alright --but were stiffer and even kinda confining compared to just playing whatever. Jamming is how we start writing a song, anyway. So we had really done way more in that mode than really playing our songs from the record over and over to get them to sound tight... or like the record so we could promote a record...er, something...like a rock band might or something.

It was kind of an eye opener because we had not intended to be a free-jazz band or a jam-band, but now we’re thinking about it. Until then I think we were more oriented toward mostly playing our songs from the record, with some little improvised segue bits on occasion. Now though, who knows... There is something really exciting about an improvised jam that people react to, too. But it IS risky. You have to not be in a lousy mood or in crappy health. I love Sgt. Pepper styled multi track recordings, and some production slickness and all that, too...but it can’t be performed to sound like the record without hiring a large band.

I felt like we gave the crowd a good value by performing something un-rehearsed as well as rehearsed. During the second show, we started improvising off from the form of some songs with interesting results, too. I've focused on a couple of those for the EP...But there is also a snippet of improv we both kinda liked and might make into some kind of a song someday.

The purpose of releasing these live recordings is to document a few of these type moments during these first shows. Also a bunch of folks were curious what we would sound like live after we put out our first album that was quite multi tracked. So in addition, it demonstrates what TEST APES might sound like if you were to see us live.

So, yup, it’s a tease. Come see us play, if you can, and make us try hard. Then again, they are all gonna be recording sessions. So if you can’t make it, stay tuned for more live nuggets from our shows and you can be a fly on the wall...

Recorded LIVE at the SEA MONSTER LOUNGE and the RUNWAY CAFE in Seattle, WA. on September 23rd and 26th, 2014.