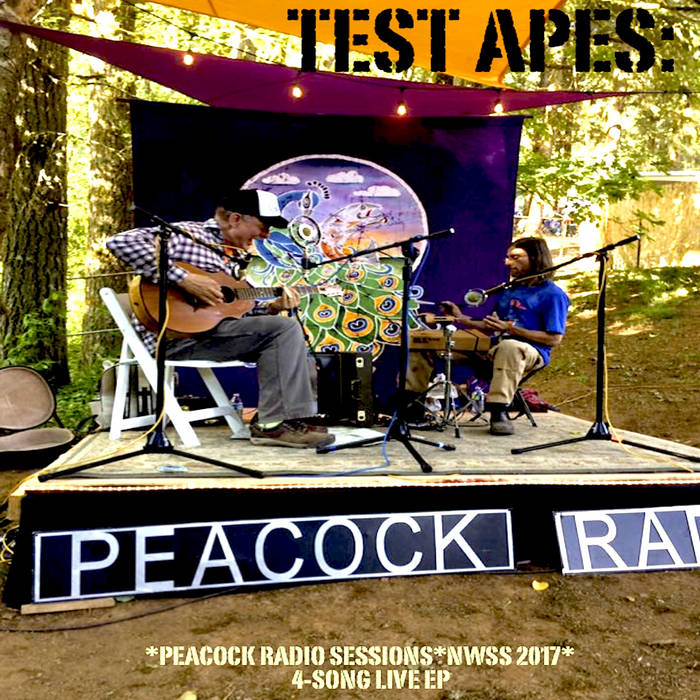 As part of the 2017 Northwest String Summit, we were asked to perform a 15-20 minute "Tweener-set" on the Peacock Radio stage--which was a tiny stage behind the Main Stage of the event, and which was broadcast over the entire festival grounds. The Peacock Radio Stage and Peacock Radio provided a way for all the festival-goers to continue to tune in to what was happening on the Main Stage even back at their campsites, so it was kinda nifty. Big thanks all the folks involved in making that happen! In between sets on the Main Stage, then, these "Tweener" sets filled the void.

We were happy to take advantage of the situation, and decided to go ahead and attempt --and unveil-- a concept that Danny and I have been throwing around for a while...that being, to have an acoustic, street-band kind of a skiffle set up & be able to play our songs that way as well as our normal electrified, rock kinda way.

...we had never actually tried it...it was just a concept, Thanks to Mark Burgin asking us to do the set at all, though, I decided to figure out some sort of an alternate drum rig a couple weeks before the event...using a briefcase for a kick drum and a cardboard box tied to my leg for a snare drum and a few odd and ends to make some other sounds... Meanwhile, Danny plays an acoustic Barnjo, which looks like an acoustic guitar, but its strung like a banjo...

This is a concept in progress. The next time Danny and I saw each other was at the event itself. So, as we often do... sans rehearsal...here is the result. Hope you enjoy our street-band persona's debut performance!

All songs by TEST APES
...except Undertaker, which was written by our buddy JEFF PINKUS.