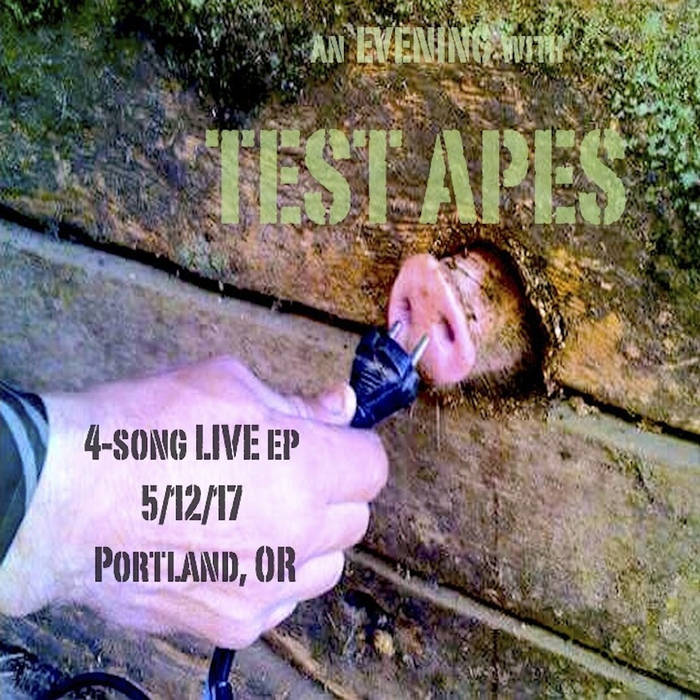 It was our first out of town gig, and our Portland debut!

Billed as "An Evening With TEST APES", we played a 3-hour time slot, with 3, roughly 40 minute sets.

The night was merely one night, however, of a week-long residency at Al's Den in the Crystal Hotel, where Mr. Danny Barnes played with a different grouping every night. That's a LOT of music to be prepared to play!

As for TEST APES, we did our normal 40 or so minute set of tunes as well as jammed a bit. Danny also pulled out songs from his vast repertoire' and we played them... with no rehearsals!

Captured here, then, is one song from each of the three sets, plus one of the two numbers we did with Danny on Banjo.

We'd like to thank Mr. Mark Burgin for taping the entire event and sharing it with the world. If you'd like to hear the entire week-long residency, it can be found at: