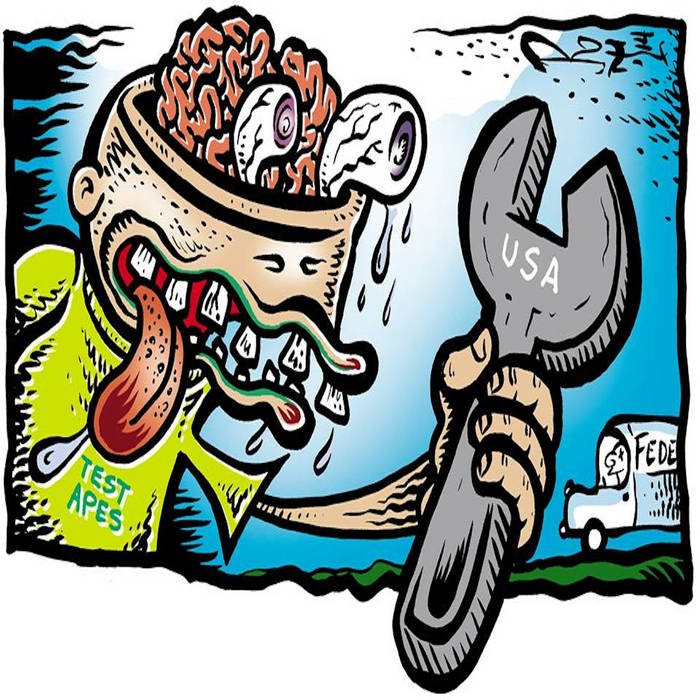 Over this last year Danny and I decided that our next album should be one where we eventually play all of the songs live. THIS IS NOT THAT ALBUM. We're still working on that one...

We are an experimental couple of guys who can go into a studio and use the studio itself as a tool & layer together something or jam and edit something together. We've done that a bunch; it sounds just fine recorded, but then translating to a live setting...maybe, maybe not. In fact, that's basically what the songs on this album are--a few studio experiments and jams that we kind of had laying around from the last few years. Orphans...until now.

We have the majority of our next album written, but not recorded. And since things are kind of moving slowly, we figured April Fool's Day would be a good day to set loose a little studio nugget, "CHICKEN PIE VORTEX".